OMG. Banana Pudding Cake.
Thanks to ANTOINETTE FRANKIN, here is the recipe!
Banana Pudding Cake
2 sticks butter, softened
1 3/4 cups sugar
3 eggs + 2 egg whites
3 tsp vanilla
3 cups all-purpose flour
3 1/2 tsp baking powder
One 1.34oz box banana pudding mix
1 cup milk
Filling: Whisk together the following ingredients and refrigerate until assembling cake (~10minutes).
One 1.34oz box vanilla pudding mix
1 1/4 cups milk
1 cup Cool Whip (or whipped cream)
To brush on layers: Mix together the following:
1 Tbsp sweetened condensed milk
1 Tbsp milk
You’ll also need:
2-3 medium ripe bananas
3-4 cups Cool Whip for frosting
Step 1: Make the cake
Preheat oven to 350 F. Prep three 8″ round pans by lining the bottom only with parchment paper. Cream butter and sugar until light and fluffy. Slowly beat in eggs and egg whites, one at a time. Beat in vanilla until well combined.
In a separate bowl, combine flour, baking powder, and pudding mix. Add into wet ingredients in three separate additions, mixing until just combined. Don’t over mix!
Stir in milk until combined. Divide batter and pour into pans. Bake 22-25 minutes or until cake is golden and begins to pull away from sides of pans.
Allow cake to cool 15 minutes in pan. Loosen and remove from pan. Allow to cool another 1-2 hours on a wire rack.
Step 2: Begin layering
Level each cake. Place first layer on cake plate. Brush with a little milk mixture.
Line banana slices on top of cake. Spread 1/3-1/2 of the filling mix on top of bananas.
Place next cake layer on top of filling. Repeat with milk mix, filling, and final layer.
Step 3: Frost
This is the fun part. Frost with Cool Whip and decorate as you wish. I crushed some mini Nilla wafers and spread on top. Then used the wafers along the sides.
Whew! Sounds super complicated, but it was simple to make. You may also want to put some Nilla wafers in between the layers. You know, if you’re feeling extra fancy and decadent.
Very important!!: Store this cake in the fridge!! Lots of perishable ingredients. You've been warned, so I’m off the hook if you don’t refrigerate and get sick.
Posted by Marsha Powell on November 17, 2015

Hi! If you have a comment about any of the recipes, please let me know. I'm always open to suggestions. If you're looking for a particular recipe, please leave a note and I'll see if I can find it for you. Thank you and hugs! 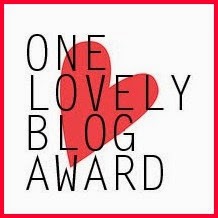